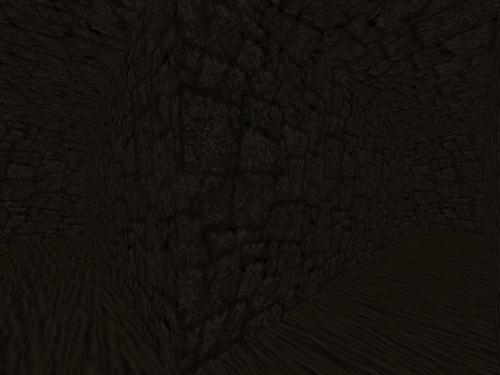 1.2/5 with 6 ratings
You can NOT add ratings
if you are not logged in.

I was able to beat this legitimately with a 16 monster count (out of 74), probably by sheer luck more than anything. You can actually access the last room through a portal at the beginning, only to be greeted by an entire horde of Shamblers. You'll have to kill the Shamblers eventually, which was stupid not only as a design decision but also because in a map full of corners they actually aren't that hard to kill, its just long tedious work. I think this map could have worked with a more intelligent monster placement, and possibly without making the whole thing dark as hell (aside for a few bright patches), which was just irritating. There was no problem with the maze as such since this is what this level was supposed to be and mazes are what they are.

Ah, the level where the description and tags are identical.

The shambler room accessible from near the beginning only has a two way teleporter (which is remarkably easy to telefrag them with). It is the other room with shamblers, the non-rectilinear room after the long disjunct path lined with wall torches, that has the exit teleporter.