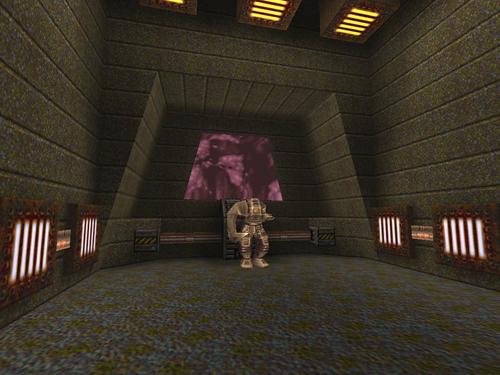 Note: aop2m2 on hard skill can only be played in a high-limit engine.

In what folder must move progs.dat?

When i played, the game is not loaded the new monsters and weapons why i do?

Good enough for me to sneak a generous 4, but IMO was not good enough to have been something commercial.

Seems to be a nice partial convertion for its time, but, like the poster above, I'm not sure I would've wanted to pay for it. It feels too much like a random collection of things rather than something cohesive. Some dudes made some maps, weapons and monsters, then it was all stuffed into a blender (maybe except dudes). Something like that.

Most of the new weapons are just dumped onto you in the opening levels. They're pretty satisfying to use (especially the stake gun, and especially at the beginning), but none of them are doing anything particularly important, so it's more of a gimmick. Then again, I'm pretty picky when it comes to new content.

Both robot types consume too much damage for their threat level, but at least they look nice. If they were made today, I'd say the skins could've used some more work. The same applies to other new enemies.

Levels range from completely unremarkable to decent. The medieval-ish/oriental-ish mixed texture scheme in particular provides a couple of nice sights by utilizing some underused colors.

The first boss is sick. I think it captures the essence of Lovecraftian horror very well: a rather goofy design that somehow manages to be creepy.